Fatigue and Energy – Part 2: Mitochondrial Energy Blockers (and what you can do about them) 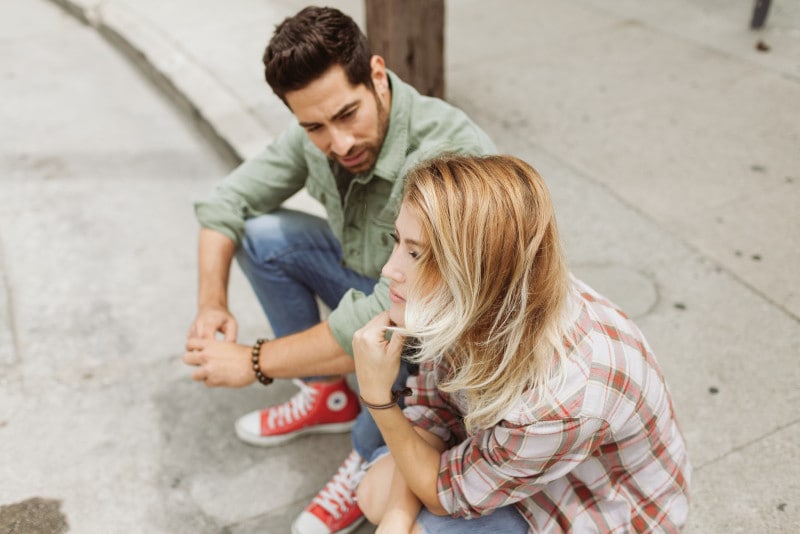 In Part 1 on Fatigue and Energy, I discussed how essential mitochondria are to our energy production. These tiny powerhouses are part of almost all of our cells and make energy in the form of ATP. They need B vitamins, minerals like magnesium and anti-oxidants like Glutathione to work efficiently. All of these ingredients are a included in our comprehensive Immune Wellness IV.

In Part 2 of the “Fatigue and Energy” series, I will discuss how mitochondrial energy production gets blocked giving us problems will a great variety of illnesses. I will also cover what we can do to get the mitochondria functioning well again.

Mitochondrial damage is thought to be part and parcel of the actual process of aging. You see, mitochondria move electrons across their inner membrane to make energy in the form of ATP. This occurs with the helps of the Electron Transport Chain. 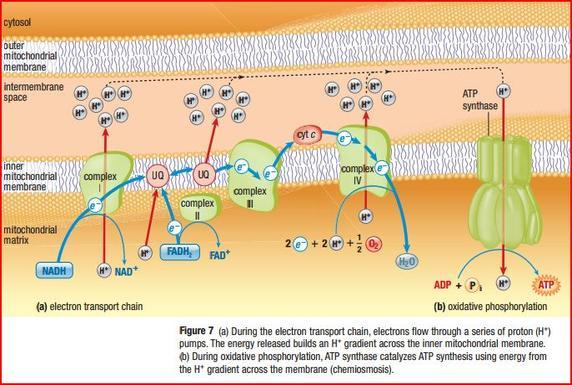 Under the stress of high energy demand and production, mitochondria become less and less efficient allowing these electrons to “leak” and combine with Oxygen and Nitrogen directly to create “Free Radicals”. Examples of these are: Reactive Oxygen Species (ROS) and Reactive Nitrogen Species (RNS). Free radicals are very dangerous to anything they touch: they cause damage to DNA, Cell Membranes, Proteins and Mitochondria themselves! Free radical damage to mitochondrial and cellular DNA is actually thought to be the process by which we age.

Besides fatigue and aging, mitochondrial malfunction is a part of almost every chronic illness known. Here’s a short list of know conditions associated with mitochondrial damage and deficiency in energy production:

Drugs like acetaminophen (Tylenol), antibiotics, antifungals, blood pressure medications and toxic substances like pesticides and plastics need to be modified to be made water soluble before being eliminated by the body. This process called “Phase 1” elimination takes place in the mitochondrial membrane and the endoplasmic reticulum and is regulated by a family of enzymes called Cytochrome P450. Cytochrome P450 enzymes are similar to the Electron Transport Chain that is also in the mitochondrial membrane and uses oxygen to make energy in the form of ATP.

Cytochrome P450 enzymes are responsible for about 75% of total drug metabolism. They also are responsible for a lot of hormone formation and breakdown. For example adrenal steroid synthesis (i.e. cortisol), testosterone, estrogen and cholesterol breakdown takes place in the mitochondrial membrane P450 chain.

Some medications inhibit the P450 enzymes while others promote them. Either process imbalances the system, uses up a lot of energy and can cause hormonal imbalances or excessive “oxidation”. Oxidation damages mitochondria, their membranes and the components of the electron transport chain inhibiting their ability to produce energy causing fatigue.

Mercury, Lead, Cadmium, Aluminum, Antimony Nickel, Arsenic among others inhibit the Citric Acid cycle in mitochondria. The Citric Acid Cycle is how we break down proteins, fats and carbohydrates to make energy. The red circles in the figure below show these heavy metal inhibiting energy production in the mitochondria. In addition, exposure to heavy metals causes increase in Reactive Oxygen Species (ROS) free radicals causing damage to the mitochondrial membrane. 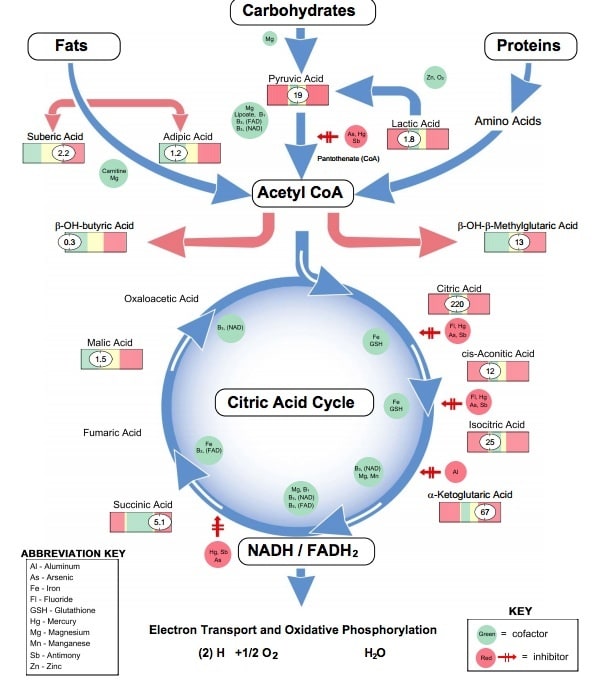 As discussed above, when cells need more energy the mitochondria become overworked. In young individuals mitochondria can divide and replicate quickly to make more of themselves to meet increased cell energy demands. But as mitochondria become more stressed by increasing energy demands they can’t meet, they begin to “leak” electrons across their membranes and cause the formation of Free Radicals such as Reactive Oxygen Species (ROS) and Reactive Nitrogen Species (RON). These free radicals damage mitochondrial DNA causing mutations. Now the mutated mitochondria can’t replicate as effectively, but instead expand in a futile effort to make more energy. The enlarged mitochondria are very ineffective energy producers, instead manufacturing a lot of damaging debris in the form of free radicals.

Mitochondria and cell membranes are made primarily of Phospholipids. Phosphatidylcholine (PC) is one of the main constituents of mitochondrial membranes. As mentioned above, during times of stress and high energy demand Free Radicals generated by inefficient mitochondria will “oxidize” (think of rusting) cell membranes and damage the phospholipids of the mitochondrial membrane causing the Electron Transport Chain to work even more inefficiently. This causes more free radicals to be released and a vicious cycle ensues with less energy available and more damage to cells. Eventually the cells do not have enough energy from mitochondria and they die. Fortunately we can intervene with PC and antioxidant infusions before this occurs.

Immediate Help: The DETOX IV at IV for Life

At IV for Life we recommend that anyone with symptoms of fatigue and, by definition, mitochondrial dysfunction consider immediate intervention with the Detox IV as a series of infusions. Here are the advantages of the Detox IV:

1. The Detox IV contains Phosphatidylcholine (PC) which is the main constituent of mitochondrial and cell membranes.

2. Phosphatidylcholine (PC) has a few other advantages. It is a precursor of the neurotransmitter acetylcholine, which is essential in the functioning of our nervous system. In the brain it facilitates focus and attention, while in the Autonomic Nervous System it facilitates flawless nerve conduction to the main organs such as the heart, liver, kidneys, gut and adrenals. PC also “cleans up” cell membranes, lowers bad cholesterol and improves liver function which is essential in detoxing from harmful compounds. Patricia Kane, PhD has written a lot about PC and has developed the PK protocol. To read all the detail about Phosphatidylcholine, click here.

3. The Detox IV finishes with an injection of Glutathione (GSH). As we discussed above, mitochondria under stress produce less energy and more free radicals as unwanted by-products which cause damage and aging (think of oxidation like rust). Glutathione is the “master antioxidant” of the body and neutralizes harmful free radicals.

Detoxification also takes place in mitochondria and has 2 phases. In “Phase 1” of detoxification Cytochrome P450 enzymes in the membrane of the mitochondria ” oxidize foreign substances like drugs, pesticides and hormones to get them more water soluble and eliminated out of our bodies. The “Phase 1” oxidized compounds behave much like free radicals and can be just as damaging so they need immediate “processing”.

In “Phase 2” of detoxification molecules like Glutathione “conjugate” the active byproducts (drugs, pesticides, hormones etc.) of Phase 1 by making them inert and harmless and ready to be excreted. Lastly, Glutathione plays a big role in the Citric Acid Cycle in the mitochondria as a cofactor involved directly in energy production from fats, carbohydrates and protein. You can see why Glutathione is such a key player in combating fatigue, increasing energy and cleaning up cellular metabolic “debris” which causes harm and ages the cell.

IV for Life Liposomal Glutathione contains the two ingredients of the Detox IV in oral form: Phosphatidylcholine (PC) and Glutathione.

Pure PC makes up the liposomes (microscopic 150 nM spheres) that trap and surround the Glutathione molecules. This allows for protection and very high absorption of Glutathione, which is a fragile molecule and would otherwise get destroyed if taken orally by itself. You can purchase our Liposomal Glutathione on Amazon Prime here.

Antioxidants like Vitamin C, Alpha Lipoic Acid, Vitamin A and E are all found in dark leafy greens like spinach and kale, in nuts, eggs and organ meats like liver (grass fed beef) and wild fish rich in Omega-3 fats. 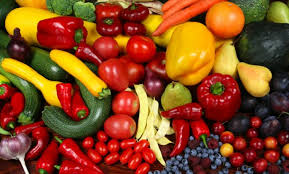 Eat a spectrum of different colored vegetables several times a day: red, green, orange and blue fruits and vegetables to get all of the phytonutrients and anti-oxidants naturally. These natural antioxidants also contain B vitamins like Folate (from leafy greens) important in DNA replication, neurotransmitter formation, hormone metabolism and breakdown. If you don’t like to eat raw vegetables or just want to make sure you get plenty, I recommend a green powder shake once or twice a day at a minimum. I personally use Green Vibrance which also has probiotics.

Take a look at how Dr. Wahls was able to overcome debilitating Multiple Sclerosis by repairing her mitochondria with a strict Paleo diet.

2. Exercise: Exercise stimulates mitochondria to divide and multiply. Get moderate exercise almost every day and try to get outside while exercising for 20 minutes of skin sun exposure for better Vitamin D levels.

3. Fix your “leaky gut”: A gut lining that is “permeable” allows foreign substances to get absorbed which are attacked by the immune system in a process called inflammation. Inflammation uses up energy and generates oxidants like free radicals. Fixing leaky gut involves taking a good probiotic daily and following a strict Paleo Diet for at least 3 months.

4. Sleep: Mitochondria need down times when they can restore just like we do as humans. During stage 4 of sleep (deep sleep) especially, our metabolism slows down tremendously. The demand for energy on the mitochondria drops, so that these little energy factories can rest, regenerate and stock up for when energy demands increase again during the day. Get 8 hours of sleep starting early in the night since most of deep sleep occurs between 10 PM and 12 am.

5. Evaluate your Heavy Metal Load: If you feel that heavy metals may be a part of your “energy drain” it is very easy to do a heavy metal “challenge” which means taking an oral medication named DMSA and then collecting your urine for 6 hours to see how much and what type of heavy metals are eliminated. This test is very easy to do and it gives us a quantifiable measure of heavy metal body “load” as a starting point. If mercury, lead, arsenic, antimony, aluminum or other heavy metals are an issue we can initiate a gentle, long term oral “chelation” protocol which will actively help you get rid of the heavy metals and release the energy blockage they may be causing in the mitochondria.

Dr. Popa is a Board Certified Anesthesiologist practicing in the community since finishing residency training at Stanford Medical Center in 1999. In 2010 he founded IV for Life, an IV Therapy and Functional Medicine clinic in Orange County where he tests and treats patients with advanced IV Nutritional Therapy. "Patients want to feel better quickly... I think of IV nutritional therapy as the "Urgent Care" of Functional Medicine. Nourishing nutrients and vitamins delivered 100% directly into the circulation often give immediate and dramatic results while slower-acting lifestyle and dietary changes begin to exert their effect. It's a way to quickly get the ball rolling in the right direction again. "

8 Key Vitamins for Beautiful Skin and a Healthier You
June 23, 2016

Google+
Yelp Reviews
Check out IV for Life on Yelp
Popular Treatments
Go to Top
Enter your name and email and get the newsletter... it's FREE!