In an unlikely scenario, Matt Hasselbeck the second string quarterback for the Indianapolis Colts football team and who was fighting a severe viral illness, managed to win a hard fought game for his team after getting several rounds of daily IV hydration.

In an interview Hasselbeck said about having to get an IV after the game: “That’s not that uncommon. IVs are good. IVs are good for you. Some guys get IVs before the game. Some guys have to get them at halftime; dome stadiums, warm games. IVs, that’s just fluid, hydration. It’s healthy. I think I was just a little exhausted. I had reverse peristalsis – I think it’s called, a little vomiting.” 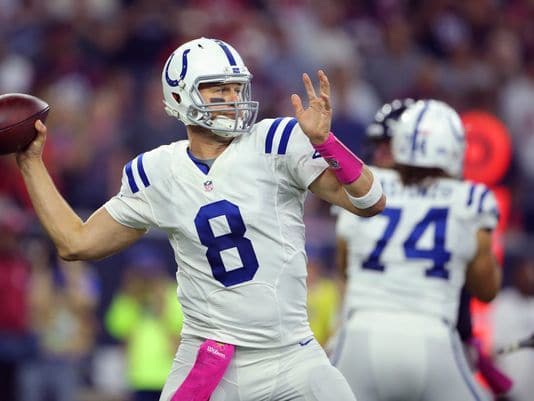 At IV for Life in Orange County, CA we are happy to offer the  IV hydration IV which can quickly (within 30 minutes) rehydrate you. It helps whether you are sick with the flu or if you’ve become dehydrated though exercise.

As an example, just today we had a client who is a fighter and who is dropping weight quickly before a weigh in on Saturday morning. Immediately after his weigh in he is coming to our IV for Life clinic to rehydrate and boost his body strength naturally with the Athletic Performance  IV to get back into optimal fighting shape for his bout the same evening.

Give us a call at 714-951-1910 to schedule your IV hydration and performance treatments today.

Dr. Popa is a Board Certified Anesthesiologist practicing in the community since finishing residency training at Stanford Medical Center in 1999. In 2010 he founded IV for Life, an IV Therapy and Functional Medicine clinic in Orange County where he tests and treats patients with advanced IV Nutritional Therapy. "Patients want to feel better quickly... I think of IV nutritional therapy as the "Urgent Care" of Functional Medicine. Nourishing nutrients and vitamins delivered 100% directly into the circulation often give immediate and dramatic results while slower-acting lifestyle and dietary changes begin to exert their effect. It's a way to quickly get the ball rolling in the right direction again. "

Google+
Yelp Reviews
Check out IV for Life on Yelp
Popular Treatments
Go to Top
Enter your name and email and get the newsletter... it's FREE!